Charting the history of America’s education from colonial times it is obvious that dramatic changes have taken place. Despite all claims to the contrary, many of those changes reflect a trend which has not been for the better. The downward trend began when civil government authority was moved across the threshold of the schoolhouse door. The effect has been to drive education from its once successful foundation into the quagmire it is in today. That subtle first step has led to near total usurpation by civil powers of the rights and authorities of parents and denies the rights of their children. Both parents and children have suffered a long string of abuses, and chains of bondage have been forged upon our people which have become insufferable. The abuses and enslaving chains have invariably come in the name of better education. In the pursuit of this elusive better education, numerous educational reforms and revisions have been imposed along the way, accompanied by intrusive laws of enforcement. It comes at ever increasing costs as supporters seek to preserve the revered public education scheme.

Many and varied have been the education reforms and revisions allegedly designed to recapture the success of bygone generations. Early in the 20th century a major revision occurred when the original definition of education, as stated in the 1828 Noah Webster American Dictionary of the English Language was ignored. In that official dictionary, education was defined to include five basic areas: 1) arts, 2) sciences, 3) morals, 4) religion and 5) good or godly behavior. At that point of reform and revision, three of the five basic parts of education were systematically removed from government run education. Yet, in its gutted-out form which lacks morals, religion, and behavior, it was and is still referred to as education as if it were one with America’s original form of education which included all five basic areas.

What was then to be expected of graduates who, although they have mastered well the arts and sciences, have no morals, no power higher than themselves to answer to, and no good behavior? What was, and is to become of students who are denied, among other high moral treasures even the Ten Commandments in their classrooms?

Their loss is our loss — America’s loss.

In our nation’s early days education was all together in the hands of parents. They had access to free enterprise schools, charity schools, and home education. The cost per year of educating a student amounted to mere tens of dollars, in many cases even less. By contrast, public education today under civil government control is counted in the tens of thousands of dollars per year, per student. The tax burden has become so great that our houses and lands stand in jeopardy as the “free“ public school system thirsts forever more of our personal resources. All the while the quality of public education falls to lower and lower levels as the costs spiral upward.

In recent years, we face yet another power grab in the guise of a common curriculum (Common Core) for all American children. However, let it be known that there’s nothing common about our children. They are unique individuals as diverse as the snowflakes and more beautifully intricate in design. (Diversity and commonality are mortal enemies). Children are created, each with a lifetime –– a lifetime to fulfill a specific calling. As David, the sweet Psalmist of Israel, so aptly declared: “… I am fearfully and wonderfully made…“ (Psalm 139:14).

Each child is a peculiar treasure in the eyes of the Creator, bearing His design and destiny …

This article does not appear in its entirety. It was printed in Volume 23, No. 2 of Home School Digest. Limited quantities of back issues are available for $5 each. Click here to order a back issue.

PrevPreviousShowing Your Children The Way To God
NextA Pax or Pox on Your House?Next

After a long battle with various illnesses, Sister Skeet has gone HOME to be with

What One Lie Can Do

Don’t Be Too Surprised

By Christine Wyrtzen “They will put you out of the synagogue, in fact, a time

By Larry Barnhill “This is the hard part for all of mankind.” What is your

By Skeet Savage There were several times over the years when, as is true with

A Pax or Pox on Your House?

By Greg Hinnant We are all agents of change. Daily our disposition, speech, and actions 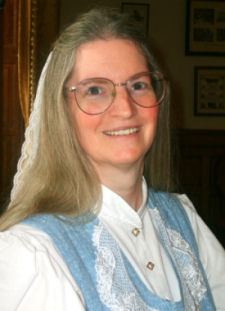